DailyKenn.com's focus is on financial health, mental health, societal health, and physical health. It is the premiere anti-racist website. Unlike most anti-racist endeavors, this site passionately and without apology opposes all racism; including anti-white racism.

Two core principles of the site are:

• It is immoral and irrational to dislike a person due to any immutable attributes such as race and gender.

• It is immoral and irrational to ignore reality (with emphasis on inherent human differences; a notion that is anathema to cultural Marxism).

The site offers commentary from a conservative and libertarian perspective.

The site is awash with ‘rhetorical hyperbole’ often associated with politics and public discourse in the U.S.. 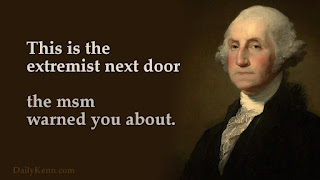 What I'm reading or have recently read:

• Behave: The Biology of Humans at Our Best and Worst by Sapolsky, Robert M.

• Thought Reform and the Psychology of Totalism: A Study of Brainwashing in China by Robert Jay Lifton

• Cults in Our Midst: The Hidden Menace in our Everyday Lives
by Margaret Thaler Singer

• Super Human: The Bulletproof Plan to Age Backward and Maybe Even Live Forever by Dave Asprey

• Lifespan: Why We Age_and Why We Don't Have To by David A. Sinclair PhD

• The Origins of The Second World War by A.J.P. Taylor

• 51 Documents: Zionist Collaboration With the Nazis by Lenni Brenner

• The Transfer Agreement: The Untold Story of the Secret Pact Between the Third Reich & Jewish Palestine by Edwin Black

• Crimes and Mercies: The Fate of German Civilians Under Allied Occupation, 1944–1950 by James Bacque

• Human Accomplishment: The Pursuit of Excellence in the Arts and Sciences, 800 B.C. to 1950 by Charles Murray

• Coping with Kidney Disease: A 12-Step Treatment Program to Help You Avoid Dialysis by Mackenzie Walser

• The Complete Guide to Asperger's Syndrome by Tony Attwood

• The Obesity Code: Unlocking the Secrets of Weight Loss by Dr. Jason Fung

• Righteous Indignation: Excuse Me While I Save the World! by Andrew Breitbart


Life philosophy:
Is is

Most interesting place I've ever been:
China

Where I would like to be right now:
On the beach in Florida

Where I would not like to be right now:
Church or any other place where there are people

What people do not know about me:
• I wear sweat pants backwards. It keeps items from slipping out of my pockets when I sit.
• I'm a Neanderthal American (4.0 percent neanderthal and 0.4 percent Nigerian, according to 23andMe.com.)

First person I voted for:
George Wallace (1972 primary); the only time I voted for a Democrat.

Why are you so weird?
I've been diagnosed with Level 1 Autism; colloquially Asperger's Syndrome or high-functioning Autism. Small talk is cumbersome and socializing is virtually off the table. Read more here ►

I almost certainly have Avoidant Personality Disorder, though that has never been diagnosed.