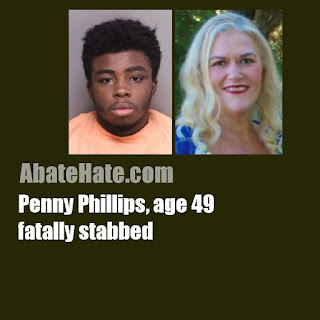 DAILYKENN.com -- Penny Phillips, age 49, was fatally stabbed in Florence, South Carolina. Phillips was attacked at a community center where she worked.

Arrested after the incident is 18-year-old Jawan Kavorie Crittenden.

Investigators believe the attack was random and say they don’t know why Crittenden attacked Phillips.

Investigators say an employee working at a city park in South Carolina was stabbed to death in what appeared to be a random attack.

Authorities say 49-year-old Penny Phillips was opening the community center at Northwest Park Community Center in Florence on Monday morning when she was attacked.

Investigators say they don’t know why Crittenden attacked Phillips with a knife and the killing didn’t appear to be related to two recent shootings in the neighborhood around the park.