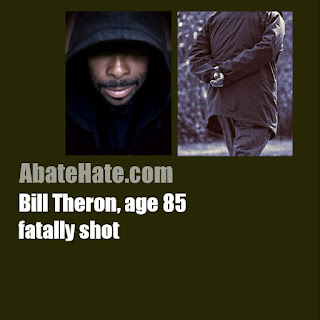 DAILYKENN.com -- Bill Theron was fatally shot shortly after returning from a shopping trip.

Reports say the 85-year-old walked out of his farmhouse in South Africa’s KwaZulu-Natal province to pull his truck into a shelter. His wife Christine heard a shot and rushed outside to investigate. She found her elderly husband at the gate. He had been shot in the face. There was no apparent motive for the brutal murder. There were no witnesses and no clues.

UPDATED: Elderly man who was shot dead at his smallholding farm in KwaZulu-Natal named ►

A farm murder took place on on Saturday afternoon 12 December 2020, on a smallholding in Cramond near Albert Falls Dam, outside Pietermaritzburg in the KwaZulu Natal province of South Africa. A farmer in his eighties was shot dead when he had gone outside to put his bakkie away after he and his wife had gone shopping earlier in the day.

The farmer’s wife, who heard a gunshot, found him lying dead at the gate. His bakkie keys were still in his hand.

The wife was unharmed during the attack. The police are investigating but there have been no arrests. There is no other information available at this stage.

[Farm murder, elderly farmer gunned down, Cramond, southafricatoday.net, December 13, 2020] * What do you think?