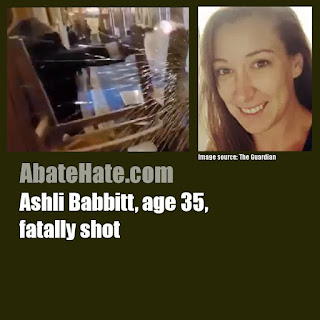 DAILYKENN.com --A video recording of the fatal shooting of Ashli Babbitt reveals the gunman appears to be black. Babbitt was apparently shot in the U.S. Capitol building by a Capitol police officer. 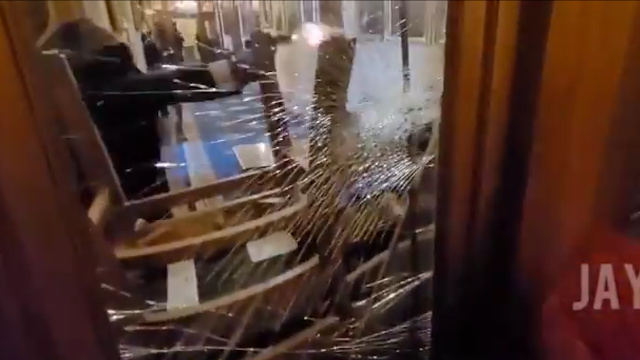 Dan Cohen on Twitter has video of the shooting of Ashli Babbitt, the unarmed white woman who was part of the protesters entering the Capitol.

Slowing it down to freeze frame at :09 it looks like the hands and face of the plainclothes Capitol Hill policeman are black—see backup video here.

Has the Federal Government announced the name and race of the officer?

Also, it's always racist when we say it's an obvious justifiable homicide but as Dan Cohen points out, leftists are justifying this:

GRAPHIC FOOTAGE: Police fatally shoot a Trump supporter inside the Capitol building. This is a sickening crime that should be prosecuted as such. pic.twitter.com/X8JK7HplJ7

After years of vilifying white people who committed justifiable homicide on lethally dangerous blacks, Leftists are valorizing a black cop who shot an unarmed white woman at a political protest.