Andy Ngo: It wasn’t antifa at the Capitol riots 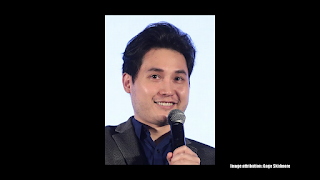 DAILYKENN.com -- Journalist Andy Ngo may be the world's foremost expert on the misnamed antifa movement. Ngo is confident that the individuals who stormed the capitol building in Washington, D.C. on January 6, 2020 were not antifa members posing as Trump backers.

Journalist Andy Ngo, who has become an expert on the violent anarchist group antifa, today dismissed claims by President Trump’s supporters that the group was behind the pro-Trump riots on Capitol Hill.

“The people occupying the Capitol building do not look like antifa people dressed in Trump gear or Trump costumes,” he said in an interview from England.

“I have seen no evidence that they are able to coordinate a mass infiltration on this scale before, so I’m really skeptical that they would have been able to do it here without any of that information leaking out,” he said.

Ngo has infiltrated antifa and Black Lives Matter camps in Portland, Oregon, and Seattle, Washington, and covered their violent actions in those cities last year. He has been brutally attacked by antifa and had his life threatened several times for reporting on the group, often vividly on Twitter.