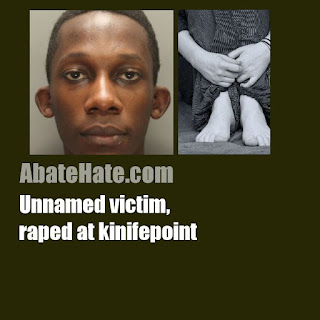 DAILYKENN.com --An unnamed woman raped at knife point in the UK.

Tinashe Mubereki, 23, was convicted of false imprisonment and rape. Mubereki had been a promising soccer star, reports say.

According to dailystar.co.uk, Mubereki dangled a knife over his victim asking her how she wanted to die — by stabbing or suffocation — before he raped her.

The crime occurred in Liverpool in 2019. The conviction was reported December 27, 2020.

Among his previous convictions in 2013, Mubereki attempted to rob two people, one of which was a young female, by holding a knife to her throat.

Judge David Swinnerton, sentencing Mubereki for the horrific offence, said: "You planned to make her suffer. You told her don't scream, otherwise someone will get hurt.

"She was crying, you told her to stop making a noise."

The court heard she said "I just want my mum" and at one stage Mubereki untied the victim, only to tie her up again, which Judge Swinnerton branded "cruel".