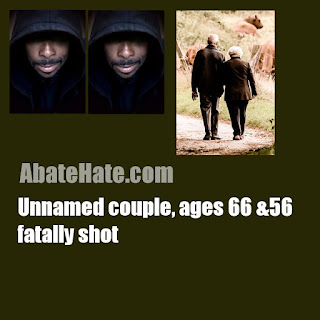 DAILYKENN.com -- An unnamed couple, ages 66 and 56, were fatally shot on a farm near Cala, South Africa.

Reports say two males entered the farm under the pretense of searching for sheep. Then intruders opened fire as the farmer responded, killing both husband and wife.

Cala Detectives are appealing for community assistance to solve the double murder case reported at a farm, near Cala on 04 December 2020.

According to information at police’s disposal, two unknown men entered the farm pretending to be looking for their sheep. While the owner of the farm was responding, one of the suspects drew a firearm and started shooting. Both the husband and wife, 66 and 56 years were fatally wounded and the suspects fled on foot.

Two murder cases were opened for investigation. The motive for the murders has not yet been established and police will not speculate as this forms part of the investigation.

Police appeal to anyone who can assist the police investigation with any information to contact the Investigating Officer, Lieutenant Colonel Thembinkosi Spambo on 082 779 7128. Information can also be shared with SAPS Crime Stop 08600 10111 or the nearest police station or My SAPS App. All shared information will be treated with strict confidentiality and callers can remain anonymous.

The Eastern Cape Provincial Commissioner, Lieutenant General Liziwe Ntshinga condemned the murders. “The 72-hour Activation Plan which included the deployment of Crime Intelligence Unit, Detective Services and other supporting unit members has been mobilized to track, trace and arrest the suspects involved in these murders,” she said