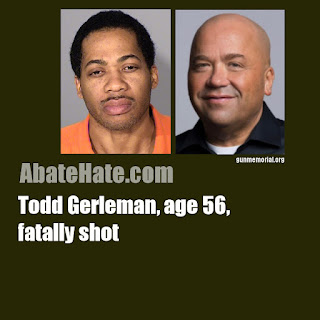 A report reveals that Gerleman was shot near a gas station while in a vehicle with Burton's former girlfriend. Burton reportedly shot at his former girlfriend, but the bullet struck Gerleman. The report says Burton shot Gerleman a second time at point-blank range. The woman drove away to contact police.

According to the criminal complaint, the incident happened when Burton’s girlfriend and her friend, Gerleman, drove to Burton’s mother’s residence. Burton, approaching them, allegedly told his girlfriend that she wouldn’t escape him and that he owns her before shooting at her. Gerleman was struck by the bullet. Burton shot Gerleman again pointblank before Burton’s girlfriend was able to drive away and call 911 at the gas station.

Officers took custody of Burton near the intersection of Larpenteur Avenue and Oxford Street on the same day of the shooting. He was arrested hours earlier by members of the Ramsey County SWAT team. While being interviewed at police headquarters, he tried to fight officers.

Gerleman’s death marked the city’s 33rd homicide of the year. At the time, the city was one death away from a grim all-time record. The city has since broken the record after the shooting death of a 2-year-old.

on December 27, 2020
Email ThisBlogThis!Share to TwitterShare to Facebook
Labels: AbateTheHate