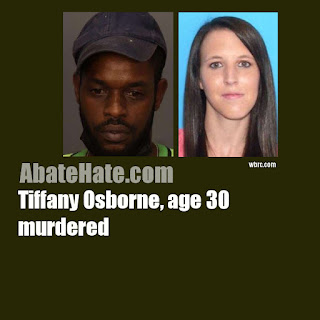 "A warrant has been signed on 36-year-old Cedric Earl Watts Jr., for Osborne’s murder," according to wbrc.com. The arrest was reported December 10, 2020.

Osbourne's remains were found in April by utility workers. She had been wrapped in fabric, the report says. She reportedly died April 1, 2020

"She is survived by her children Summer Osborne, Kyleigh Osborne, and Caiden Osborne," according to usobit.com.

Bessemer and Midfield authorities have arrested a man in a woman’s homicide.

Tiffany Osborne’s body was found in April in an area off Lakeshore Parkway and Turin Drive by some utility workers.

Her body was wrapped in fabric and had been dumped at the end of a road in an industrial area.

A warrant has been signed on 36-year-old Cedric Earl Watts Jr., for Osborne’s murder.

Watts is in custody at the Jefferson County Jail on unrelated charges.

He will continue to be held on a no bond for the new charge of murder.