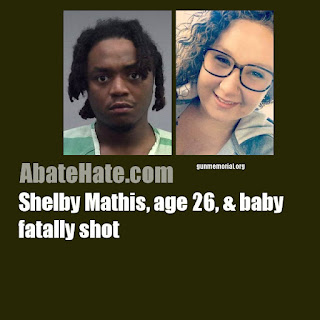 Arrested is Kivi J. Ellis. He is charged with 2 counts of homicide and 1 count of attempted homicide.

A neighbor watched the shooting and contacted police, reports say.

Police say Ellis shot the woman and 3-month-old child several times. they were pronounced dead at the scene. The infant suffered gunshot wounds to the head.

“I’m worried…my family’s kind of worried and people are beginning to talk because this has always been a quiet neighborhood until this incident,” added Edwards.

After Ellis was detained, police found two children hiding in the home. The children are now in their maternal grandparent’s custody.