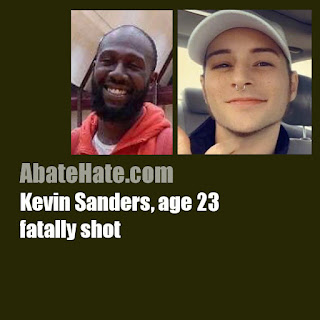 Kfvs12.com reports that police are searching for Stacy Gipson, a second person of interest, who should be considered armed and dangerous.

On December 1, around 10:32 p.m., Poplar Bluff police responded to a home in the 100 block of Begley Street for a report of a shooting.

Both Sanders and Lundy were taken to an area health care facility, where Sanders later died.

Lundy’s injuries are serious, but not life threatening.

During the investigation, two persons of interest were developed.

Gilmore and Gipson were sought in connection with the incident.

Gilmore was later found and taken into custody.

The Poplar Bluff Police Department is currently looking for Gipson.

on December 07, 2020
Email ThisBlogThis!Share to TwitterShare to Facebook
Labels: AbateTheHate