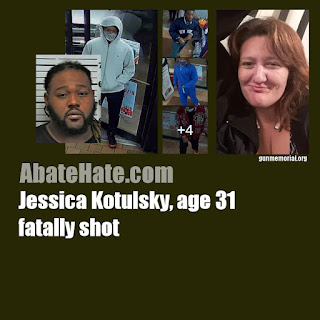 DAILYKENN.com -- Jessica Kotulsky, age 31, was fatally shot at an Oklahoma City gas station. Reports say Kotulsky was at the gas station when a gun fight erupted between several individuals. She was apparently caught in the crossfire.

29-year-old Kemun Davis was arrested on complaints of felony murder and possession of a firearm after a conviction of a felony. He was identified as one of the individuals involved in the shooting.

Shortly before 11 p.m. on Saturday night, officers were called to a reported shooting at a gas station near N.W. 10th and Western.

When officers arrived, they found 31-year-old Jessica Kotulsky dead at the scene. Investigators say she had been shot to death.

Authorities learned that a group of men became involved in an altercation that led to the men exchanging gunfire.

Officials say Kotulsky was an innocent bystander who was hit by a stray bullet.

Investigators say 29-year-old Kemun Davis was identified as one of the people involved in the shooting. He was ultimately arrested on complaints of felony murder and possession of a firearm after a conviction of a felony.