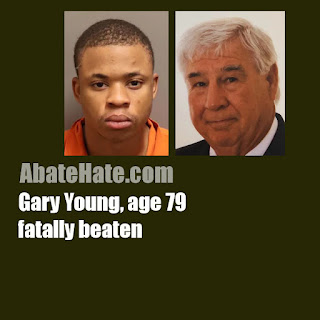 DAILYKENN.com --  Gary Young, age 79, was beaten in a Montgomery, Alabama motel room. The elderly furniture salesman died in a hospital April 12, 2020 after being assaulted the day before.

Devontae Owens, 23, was charged with murder on December 3, 2020 in connection with Young's death.

Young lived in Tupelo, Mississippi and was apparently traveling on business. Owens may have forced entry into the victim's room.

Police did not say what motive there was for the beating, just that Owens was "identified as a suspect."

Owens was arrested the day after Young was attacked, but on a separate third-degree burglary charge for which he allegedly forced a door open on a County Downs Road home and stole two laptops and a sound bar, according to court records. He's remained jailed on a probation violation since March.