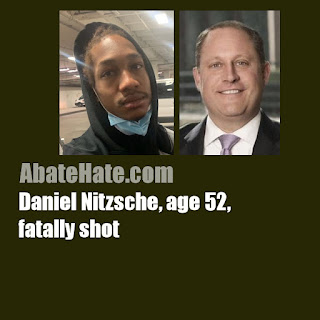 The shooting occurred November 19, 2020. Nitzche died in a hospital after informing police he had been shot in an alley.

Arrested after the incident was Leon Taylor, 22. After his apprehension, Taylor escaped custody from a transport vehicle  on December 12, 2020.

A security video shows Taylor opening the door of the transport van while in a McDonald's dive-through. 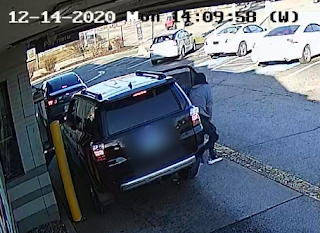 Leon Taylor, 22, escaped Monday after the van stopped in Gary as an agent with REDI Transports of Green Bay, Wisconsin, was moving the Hammond man from Texas to northwest Indiana’s Lake County. He remained at large Wednesday.

The company agent told authorities Taylor asked him to roll down a window so he could “spit,” then escaped once the window was down. But Lake County Sheriff Oscar Martinez Jr. said surveillance footage shows Taylor instead opened a van door and ran off.

Martinez said the footage also shows Taylor was not wearing shackles and appeared to struggle with his leg brace during his escape. He called it “appalling” that REDI Transports failed to use appropriate security protocols.

“We believe shackles could have prevented the suspect from getting away,” Martinez said Tuesday. “We also believe the suspect may have been manipulating his leg brace during the trip and was apparently continuing to disable the device when he exited the SUV.”

Crystal Cook, president of REDI Transports, said the company has “taken immediate action to remove the agent from prisoner transports” and will conduct an internal investigation before deciding whether to take further action.

Taylor, who was arrested in Texas on Dec. 2, is a suspect in a murder in East Chicago and is also a suspect in five northwest Indiana armed robberies.

According to court records, he is accused of working with a 14-year-old boy to kill a Chicago man, Daniel Nitzsche, 52, on Nov. 19 outside an East Chicago building Nitzsche co-owned, The (Northwest Indiana) Times reported.

on December 19, 2020
Email ThisBlogThis!Share to TwitterShare to Facebook
Labels: AbateTheHate