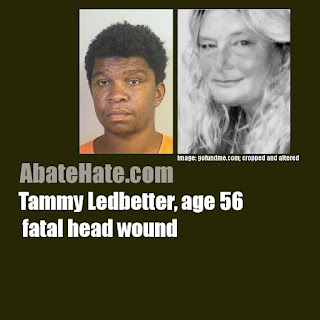 Eric Marquis Fowler, 28, was arrested after the murder due to blood evidence on his chest and legs. He is believed to have been Ledbetter's boyfriend.

A 9-1-1 call and blood stains led police to an arrest in an apparent domestic-related murder in Tuscaloosa.

Investigators said it was apparent Ledbetter had suffered a severe head wound.