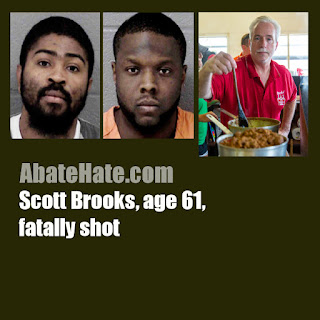 DAILYKENN.com -- Scott Brooks, 61, was fatally shot at his sandwich shop in December, 2019. Arrested in March, 2020 was 33-year-old Terry Connor. Connor was one of two accused of robbing then fatally shooting Brooks. 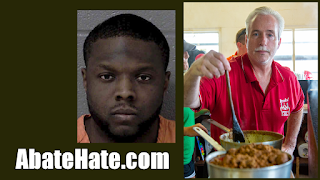 The second suspect, 31-year-old Steven Staples, was arrested in November, 2020. Reports say Staples was in custody for another homicide at the time of his arrest. Reports also say he is connected to four other murders.

Brooks was fatally shot as he prepared to open his sandwich shop in Charlotte, North Carolina. The crime occurred before dawn on December 9, 2019. [CMPD: Man charged in NoDa sandwich shop owner’s slaying tied to 4 other murders, By: WSOCTV.com News StaffUpdated: November 17, 2020 - 6:32 PM.]

CMPD said Scott Brooks was getting his business on North Brevard Street ready to open when he was shot. When officers got there, they found him suffering from a gunshot wound outside the eatery. He was pronounced dead shortly after.

Earlier this year, police released several images and surveillance clips from the morning of the murder showing two masked men creeping around the business and at least one of the men was holding a gun. Arrest warrants said $100 was stolen from Brooks.

Brooks' Sandwich House has been a family-run business since 1973, according to its website. The Brooks brothers took over the business from their father and now a third generation of Brooks help run the joint.

on November 19, 2020
Email ThisBlogThis!Share to TwitterShare to Facebook
Labels: AbateTheHate