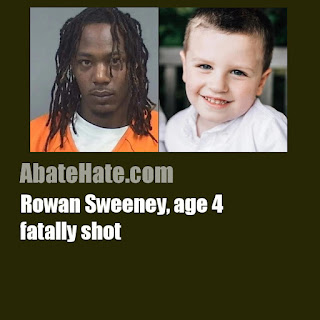 Reports say a gunman burst into a residence and opened fire injuring four adults and killing the child.

An aggravated murder charge was filed in the Struthers (Ohio) Municipal Court against Kimonie Bryant (24), the alleged shooter in the Monday, September 21st mass shooting in Struthers. During the shooting killed was 4-year-old Rowan Sweeney. He did not enter a plea to the felony during his video arraignment Wednesday and is not eligible for bond. Bryant is presently be held in the Mahoning County jail

According to the authorities a gunman barged into a two-story home (111 Perry St.) in Struthers. Bryant turned himself in to U.S. Marshal’s service about 8 p.m. Monday — 18 hours after the shooting four adults and fatally shooting Sweeney.