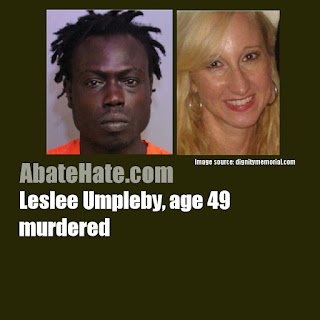 DAILYKENN.com -- Leslee Umpleby, age 49, was found murdered at a motel in Winter Haven, Florida, police say. 38 year-old Beloni Petitfrere was charged with two counts of First Degree Murder. The suspect is believed to be the victim's ex-boyfriend.

A man who was in the room with Umpleby was also found dead.

When officers entered, they found Anderson lying on the bed deceased with trauma to his upper body. Officers then found 49-year-old Leslee Umpleby, also deceased.

A witness who was interviewed reported seeing a black male go towards the room sometime after 11 p.m. on the night of October 13 and heard a commotion, however wasn’t sure what it was and returned to their motel room.