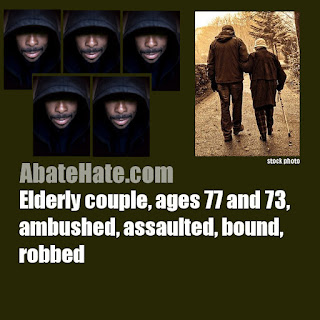 DAILYKENN.com --An elderly couple, ages 77 and 73, were ambushed, assaulted, bound, and robbed on their farm in South Africa, according to southafricatoday.net. "The couple were ambushed as they arrived home, they were then beaten with and forced into the house at gunpoint," the report says.

The crimes occurred November 2, 2020 near Kirkwood, in the Eastern Cape province of South Africa.

A farm attack took place on Monday 2 November 2020, at 19:40, in the Tregaeron area, 15 km outside of Kirkwood, in the Eastern Cape province of South Africa. An elderly couple, a man (77) and wife (73) were attacked at their farmhouse by five balaclava clad armed attackers. The couple were ambushed as they arrived home, they were then beaten and forced into the house at gunpoint.

They were assaulted and tied up with cable ties. The attackers fled with two firearms, a shotgun and revolver, as well as cash and cell phones. The couple managed to free themselves later and called for assistance. They both suffered injuries from the assault.