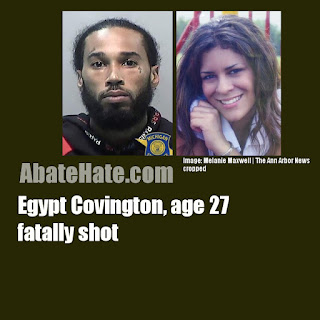 Charged for the homicide is 34-year-old Timothy Eugene Moore.

Reports say the victim was shot in the head and that it was not a random shooting. The two were apparently acquaintances.

According to the victim's parents, the individual arrested fort he 2017 homicide should have been in jail at the time of the murder. According to clickondetroit.com, "The Local 4 Defenders uncovered that Moore has a long criminal record in Michigan. He has a history of drug dealing, gun crimes, and breaking and entering." [Egypt Covington’s family says suspect should have been in jail at time of 2017 murder, Shawn Ley, Reporter, Kayla Clarke, Web Producer, clickondetroit.com, November 9, 2020]

Excerpted from mlive.com  ▼ By Roberto Acosta

A suspect has been arraigned in connection with the June 2017 killing of Egypt Covington at her Van Buren Township home.