Chester Novak found murdered near a boarding house he owned 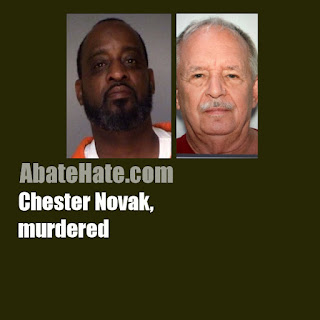 DAILYKENN.com -- Chester Novak was found murdered near a boarding house he owned in Bibb County, Georgia. The victim was apparently bludgeoned to death with a sharp object. Two other murder victims were found inside the house and another was hospitalized in critical condition.

Deputies have arrested a man accused of multiple violent murders centered around a Georgia boarding house.

Officials with the Bibb County Sheriff's Office tell FOX 5 they began the investigation around 8 p.m. after a 911 call from the board home on the 900 block of McCall Road.

When deputies got to the house, they found a man and woman dead inside. Also inside was a seriously injured woman, who was quickly transported to a local hospital in critical condition.

The investigation showed that the assailant broke a window in the back of the home to gain entry. Inside the home, officials say he bludgeoned his victims with a sharp object.

At the time of the investigation, the owner of the home, identified as Chester Novak, was missing. Four hours later, investigators found Novak's body covered with brush behind a neighbor's house.

on November 10, 2020
Email ThisBlogThis!Share to TwitterShare to Facebook
Labels: AbateTheHate