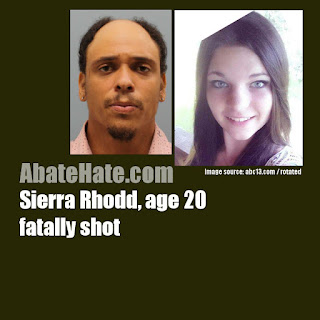 DAILYKENN.com -- Sierra Rhodd, age 20, was fatally shot while she slept. The suspect apparently shot at the house where Sierra was sleeping. Reports say Andre Colson, 26, was charged in the attack.

Rhodd, who had cerebral palsy, was not the target. Rather, reports say the "Sierra's 15-year-old brother was the target of the attack."

"Her brother, their mother and father were all home during the shooting and uninjured," the report added.

Excerpted from abc13.com ▼ By Courtney Fischer

A man charged with murder "intentionally and knowingly" shot into a home where a 20-year-old woman died while she was asleep, court documents stated.
...
A week after Sierra's killing, her father, Mike Rhodd, was shot to death during a fight at the home of his in-laws. His father-in-law said the shooting was in self-defense, according to the Harris County Sheriff's Office. No arrests were made in that case.