Markie McGinnis, 29, fatally shot on her way home from church 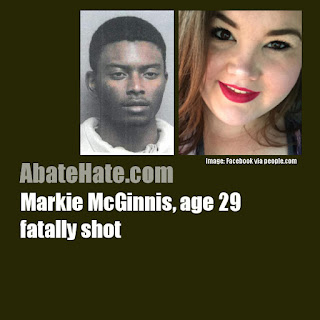 DAILYKENN.com --Markie McGinnis, 29, was fatally shot on her way home from church. The victim was found with multiple gunshot wounds.

Reports say the victim did not know the suspect, 24-year-old Henry Davis.

The crime occurred in Liberty County, Texas and was reported October 7, 2020.

Excerpted from abc13.com ▼ By Elaine Aradillas

The man believed to be responsible for shooting and killing a woman in her car while she was driving to her parent's home in Liberty County last Sunday was found and arrested, according to authorities.

Liberty County officials said a motorist found 29-year-old Markie McGinnis dead in her car from multiple gunshot wounds Sunday around 1:30 p.m. on FM 2830 in Raywood, Texas. She was less than a half mile from her parent's home.

According to investigators, McGinnis was shot several times through her driver's side window.

Earlier that morning she helped lead a worship service at her church, Relate Community Church, in Spring. Pastor Sean Mooney told ABC13 McGinnis was a devout singer and worship leader and has been with the church since its inception in 2018.