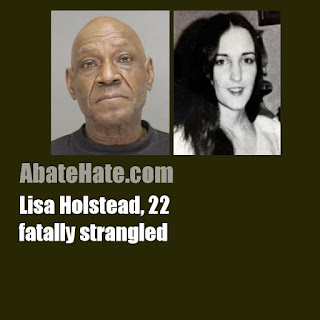 DAILYKENN.com -- Lisa Holstead, age 22, was fatally strangled in Green Bay, Wisconsin. Her remains were found dumped in a marsh.

Although the crime was committed 34 year ago, an arrest was not announced until the end of October, 2020.

Arrested in the cold case murder and rape is Lou Archie Griffin, 65, of Racine, Wisconsin. Griffin, who denies killing Holstead, was linked to the case by DNA. 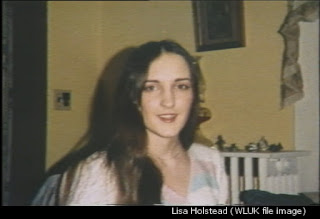 Excerpted from fox11online.com ▼ by Ben Krumholz

A Racine man was charged Thursday in a 34-year-old Green Bay cold case.

Lou Archie Griffin, 65, was arrested at his home at about 6 a.m. Wednesday for the murder of Lisa Holstead.

The 22 year-old's body was found partially submerged in a swamp in the area now known as Ken Euers Nature Area on August 12, 1986. Twelve hours before that, she was last seen alive with her boyfriend near the intersection of W. Mason and Taylor streets.

“They call it a cold case, but it's never really cold,” said Chief Andrew Smith of the Green Bay Police Department.

Police aren't saying yet how Griffin got on their radar after all these years. That will likely be revealed in a press conference on Monday. However, a criminal complaint shows authorities trailed Griffin in Racine last month. They pulled his DNA off a couple beer cans and a cigarette. It came back as a match to DNA found on Holstead.

“You never lose hope on any case just because of the new technology that just comes around as we progress through time,” said Commander Paul Ebel, who is the Green Bay Police Department’s current longest tenured officer, having joined the department two years after Holstead’s death.