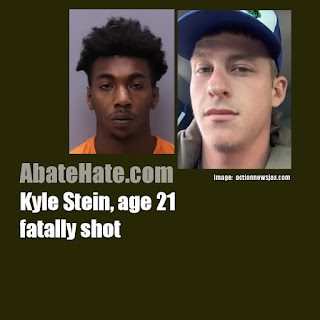 
"Anfernee Javon Wilson, 19, of St. Augustine has been arrested and is being held on charges of first-degree murder as well as weapon violations of firing into a vehicle," according to staugustine.com.

According to an arrest report, witnesses told deputies they saw a black pickup truck speeding through the parking lot with a man running after it while holding a gun.

The truck then changed directions and began driving toward the man, before it crashed into a parked car.

When it crashed, deputies say the man walked up to the driver’s side of the truck and fired four to six shots, striking a male and female inside, according to the arrest report.

SJSO said the male was taken to the hospital where he died. The female was also taken to a hospital in critical condition, but, later died, the sheriff’s office announced Wednesday morning.

After the shooting, witnesses told SJSO the man began to remove items, possibly money from inside. He then ran off toward a golf course.

Deputies later found him in a retention pond in the area of Scheidel Way and North St. Johns Street and arrested him.