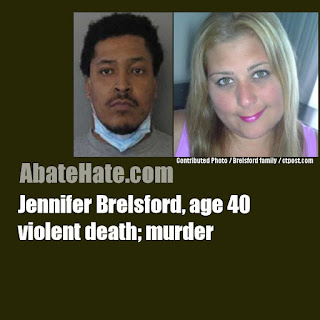 Arrested is her former boyfriend.

Corey Ramos, 30, was captured at a border crossing in Vermont by U.S. Customs and Border Protection officers and Royal Canadian Mounted Police and was held as a fugitive from justice on a warrant approved Monday charging him two counts of violation of a protective order, Bridgeport police said.

Reports say Brelsford's lifeless body was found during a welfare check by police on October 18, 2020. The cause of death was not specified, but it was noted the death was violent. It is being investigated as a homicide.

The crime occurred in Bridgeport, Connecticut.