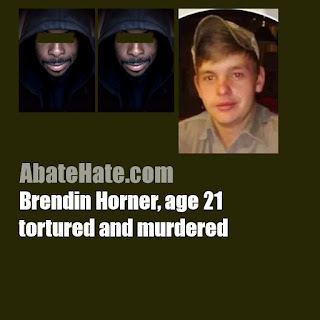 DAILYKENN.com -- Brendin Horner, 21, was found tortured and murdered on a farm he managed in South Africa.

Two suspects have been arrested.

Reports say Horner was was found tied with a rope to the pole by the police "at an open space."

The 21-year-old was declared dead at the scene. He suffered wounds to the head and face.

The crime occurred October 1, 2020 in Paul Roux, West of Bethlehem, in the Free State province of South Africa.

On Friday 2 October 2020, at about 05:35 Brendin’s father and girl friend continued the search and found the young man near the gate of the farm. He was tied to a pole by his neck and had been brutally beaten, tortured and strangled to death.

Two suspects were arrested on Saturday the 3 October 2020, in relation to the murder of Brendin Horner.

The two suspects aged 32 and 43 will appear in Senekal Magistrate court on Tuesday 6 October 2020 on the charge of murder.