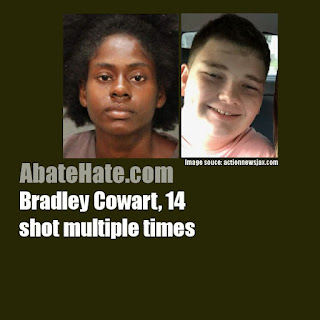 DAILYKENN.com -- Bradley Cowart, 14, was shot multiple times while walking home from Robert E. Lee High School in Jacksonville, Florida. He was wearing his ROTC uniform at the time of the unprovoked shooting.

Arrested is 22-year-old Aminah Jackson who is described by news4jax.com as being homeless. A police report states the woman was carrying a concealed weapon and resisting police.

"Court records show she has prior arrests for shoplifting, resisting police and trespassing," the report says. 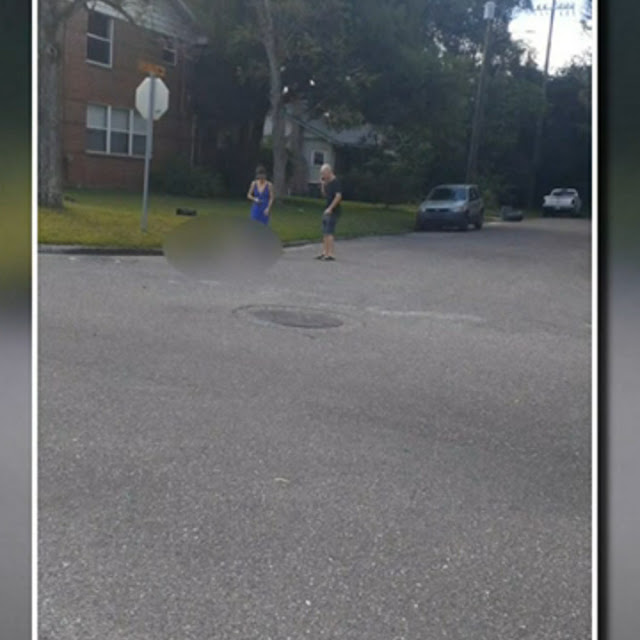 “I saw the kid laying on the road on his back with blood on his shirt,” Filacchione said.

Police said the victim was shot multiple times. Filacchione said the teen was talking and alert, but he had a hard time breathing.

“They kept asking him questions, but he was gasping for breath,” Filacchione said.

Filacchione said the teenager was wearing an ROTC uniform and it appeared he was walking home from school when he was shot. Robert E. Lee High School is right around the corner from where the shooting happened.

“He didn’t deserve that,” Filacchione said. “Seeing a kid laying on the ground getting shot for no reason. I mean, that’s just unacceptable. It’s disgusting, really.”