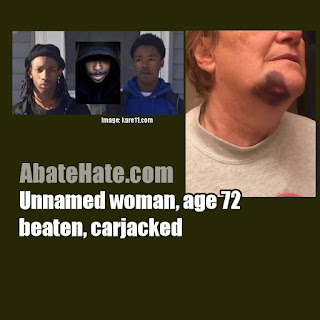 DAILYKENN.com -- Three teens died after the driver of a car they stole crashed during a police chase.

Reports say the teens approached a 72-year-old woman as she fed a friend's cat. The woman was beaten to the ground as the teens, ages 13, 15 and 16, made off with her purse. When the kids realized they had the keys to the woman's vehicle, they stole it as well.
Police gave chase after spotting the stolen vehicle on the road the following day. The driver of the stolen car crashed during that chase resulting in the deaths of all three of the suspects.
A community group reached out to a mother of the dead 13-year-old noting, "She said [he] didn’t have a male role model in his life so she was trying to do it all by herself, and she knew it was failing him,” according to fox9.com.
Kare22.com quoted a niece of the elderly victim, Theresa Schlee, who was more inclusive, lamenting the tragedy that affected four families.
"They look at this and not see, oh they're just victims because the police chased after them. No, they suffered some awful consequences for some bad choices," said Schlee.
• They may also have suffered the bad choices of young women who allowed themselves to be impregnated by uncommitted males, and by uncommitted males who create life without assuming responsibility.
• They may have suffered the bad choices of a nation steeped in denial of the inherent violent crime that permeates most of our country's urban areas; a country that views irresponsible people as victims and refuses to acknowledge a centuries-old history of violence with roots in sub-Saharan Africa.
We are a country that has adopted a milieu crafted by cultural Marxism's social engineers in which the culture of violence is cast as victims of oppression and those that continuously suffer their indigence and violence are cast as their oppressors.
We have allowed mystical Marxism's notion's of critical race theory and systemic racism to become our reality. All suffer as the result of our delusions. 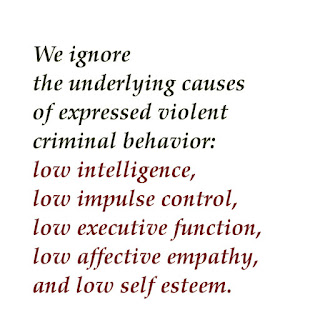 • We ignore the underlying cause of expressed criminal behavior is low intelligence, low impulse control, low executive function, low affective empathy, and low self esteem. Rather than address the real causes we, instead, allow our minds to be marinated in Marxism's perverted misconception of equality.
In so doing, we become complicit in their criminality.
Excerpted from fox9.com ▼ By Courtney Godfrey
During a vigil held Tuesday night, the mother of 13-year-old Cortez Williams mourned where her son died alongside two others, 15-year-old Jamontae Welch and 16-year-old Demetrius Dobbins.

Police said the teens were driving a car that was believed to be taken in a carjacking the day before. When police spotted the car and attempted to pull them over just before 2 a.m. Monday, they fled. A chase ensued and ended with a deadly crash at N 18th Avenue and Emerson Avenue North

Local community group A Mother’s Love spent the start of the vigil comforting the 13-year-old’s mother.

“If it’s not gun violence, it’s choices like this that cause us to lose our kids,” said Lisa Clemons with A Mother’s Love.

“She said [he] didn’t have a male role model in his life so she was trying to do it all by herself, and she knew it was failing him,” Clemons added.