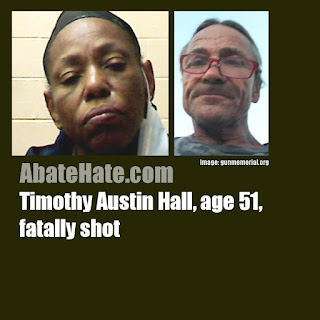 Arrested more than one year later is Elizabeth Raye Freeman, 60. She was charged with one count of murder, reports say.

Neighbors said they saw a dark SUV pull up to the house and shortly after, they heard a gunshot. Minutes later, witnesses said there were three more gunshots and then the SUV drove off.

Neighbors described Hall as a kind and respectful person.