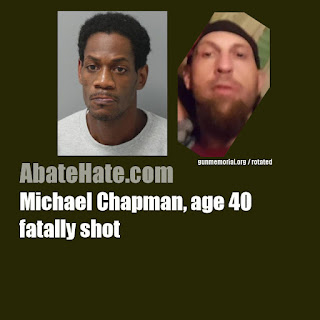 "Earnest Moore, 41, is charged with first-degree murder and armed criminal action," according to kmov.com.

A 41-year-old man was charged with murder in connection with a shooting that left a man dead in a south St. Louis apartment Sunday morning.

Earnest Moore was charged with first-degree murder and armed criminal action in connection with the shooting death of 40-year-old Michael Chapman.

Police were called to an apartment complex on the 3500 block of Binham Avenue in the city's Dutchtown neighborhood at around 8 a.m. When they arrived, they found Chapman dead.