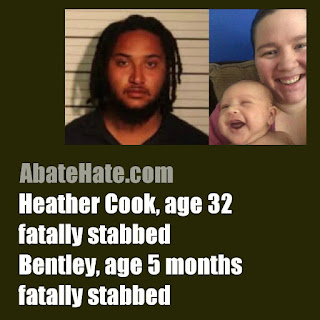 Indicted for murder is the baby's father, Enoch Zarceno-Turner, 25.

It appears the suspect may have intentionally torched the crime scene, possibly to destroy evidence.

The crime occurred in September, 2020, in Shelby County, Tennessee.

Investigators said they were found dead from multiple stab wounds in an upstairs bedroom. The fire was centered in the bedroom and appeared to have been intentionally set, according to the fire marshal. Relatives said Turner and Cook had been in an argument over child custody issues. Turner was arrested later that day.