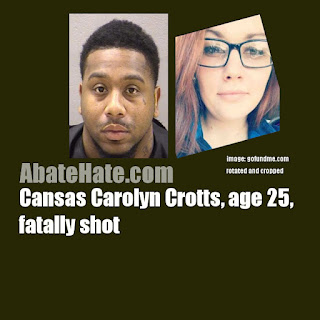 Charged with second degree murder and use of a firearm in commission of a felony is 36-year-old Kevin O'Neal Allen of Appomattox.

Details surrounding the crimes are forthcoming.

The Lynchburg Police Department is investigating a homicide that occurred on Thursday, Sept. 17.

LPD says at 11:26 p.m. on Thursday, officers responded to a call for a gunshot in the 2100 block of Pocahontas Street.

Officers found a female deceased in the residence with a single gunshot wound.

The deceased was identified as 25-year-old Cansas Carolyn Crotts of Lynchburg.

They say the suspect was identified and arrested on the scene.

36-year-old Kevin O'Neal Allen of Appomattox is charged with second degree murder and use of a firearm in commission of a felony.

A GoFundMe account has been set up following the death of Cansas Crotts. The account is an education fund for the four children Casas left behind.

This is an ongoing investigation.