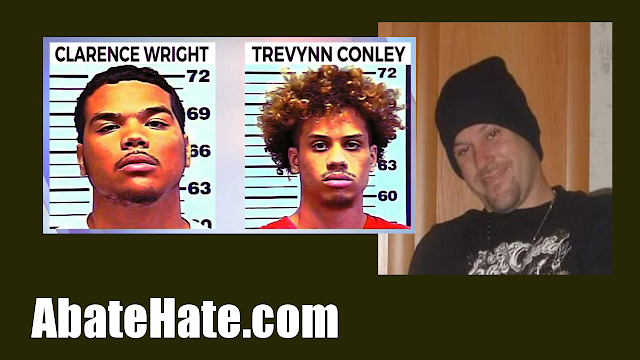 DAILYKENN.com -- 41-year-old Josh Stewart died at a nearby hospital where he was taken after being shot at a 7-Eleven in Oklahoma City, Oklahoma.

The motive for the shooting was not disclosed.


Oklahoma City police are investigating a homicide after a shooting at a gas station late Saturday.

Police were called to the area of Southwest 74th Street and South May Avenue when witnesses say they heard shots fired. Officers say when they arrived they found the victim, identified as 41-year-oldJosh Steward, in critical condition with a gunshot wound. Officers say he died upon reaching the hospital.

"When we arrived we found on victim," said OCPD Sgt. Jeff Dutton. "He was transported to a local hospital by a local ambulance and has now succumbed to his injuries."

Authorities arrested 20-year-old Trevynn Conley and 21-year-old Clarence Wright. The two were booked into the Oklahoma County Jail on complains of murder.

on May 08, 2020
Email ThisBlogThis!Share to TwitterShare to Facebook
Labels: AbateTheHate