Home » »Unlabelled » Democrats take this city by one single vote

Democrats take this city by one single vote 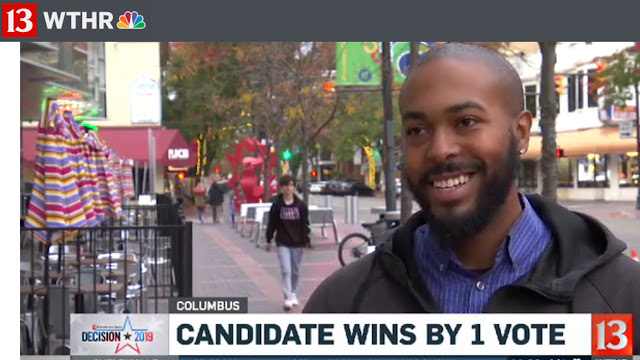 DAILYKENN.com -- Pending the outcome of a recount, Democrats will have a one-man majority in Columbus, Indiana as a result of November's elections earlier this year. It's the first time since 1983 — over a third of a century — that Democrats held a majority.

Columbus, Indiana is the hometown of Vice President Mike Pence.

The Democrats won a council district by one single vote, 260 to 259. That district gave the Democrats a city-council majority.

• The election demonstrates how Democrats leverage immigration to effectively stuff ballot boxes to their advantage. Cummins Engine Company, whose headquarters are in the city, actively imports employees from non-white nations. Non-white people groups tend to support Democrats by wide margins. Columbus is also home to a sizeable and growing Hispanic population. Some non-white immigrants and sane patriots who understand free markets, contribute to our nation, and vote Republican. Most blindly support the discredited far-left socialist agenda of the Democratic Party.

On Nov. 5, it appeared that [black Democrat Jerone] Wood was one of four Democrats who won city council seats, giving the Democrats their first majority on the council since 1983.

But Wood defeated [white Republican Dascal] Bunch by only one vote, 260 to 259. Ten days after the election, Bunch officially filed for a recount.

Under an order signed Thursday by Bartholomew Superior Court 1 Judge James Worton, the three-member commission will convene for the first time on Friday, Dec. 13, at 8:30 a.m. to take an oath and begin the recount process.

The recount commission has been given one week, until Dec. 20th, to complete their work, Worton said.