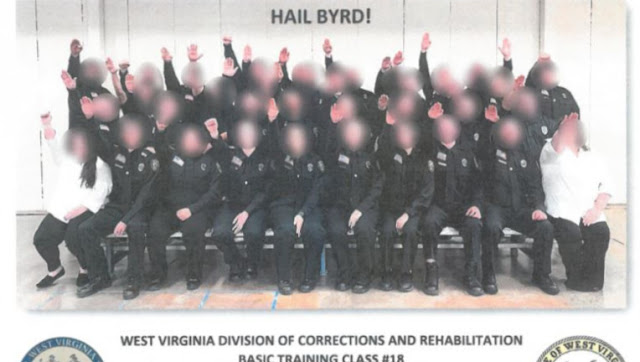 DAILYKENN.com -- About 30 members of basic training class appeared to offer a "Nazi salute" while posing for a group photo. The participants were employees of the West Virginia Division of Corrections and Rehabilitation.

Government officials condemned the photo. Betsy Jividen, commissioner of the state Division of Corrections, ordered all copies of the photo destroyed or otherwise taken out of circulation to prevent dissemination, reports say. The governor's office apparently didn't receive the memo. It provided copies of the image to the media.


• In a society hyper-sensitized to white racism, such harmless tom-foolery is quickly seized upon by the far-left to advance their narrative. White racism is so rare in the USA that cultural Marxism must scrape the bottom of the "racist" barrel to find evidence to support their views.

• Note that at least one of the class members in the photo appears to be black (back row; far left). 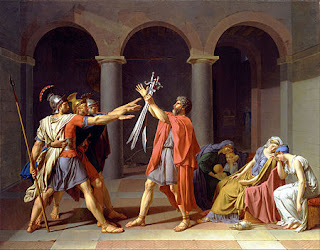 • The term "Nazi salute" is a misnomer, according to some. It appears to be based on a greeting found in Roman art. It may have been re-introduced by Italy's fascists in the early 20th century and later adopted by Germany's National Socialists. Critics claims the salute did not exist in ancient Rome because they haven't found it referenced in ancient Roman literature.