https://youtu.be/
THE TALK SHOW
this week... 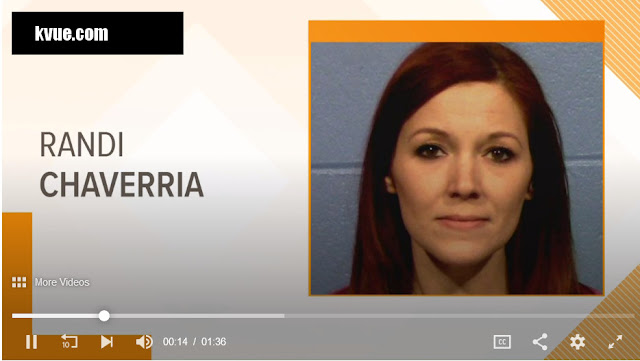 DAILYKENN.com -- Randi Chaverria is no longer employed at Round Rock High School, reports say. The female Family Science teacher was accused of twice performing oral sex on a student in his classroom.

Reports of such instances have increased substantially in Round Rock Independent School District in recent years. The increase is likely due to school officials being encouraged to report improprieties and, possibly, to an increased lack of moral restraint.

Round Rock is located in Texas near Austin.

• Inappropriate behavior by government licensed education professionals continues to be epidemic and pandemic in the USA. Google the search term "teacher arrested" and click on 'images' for more insights. 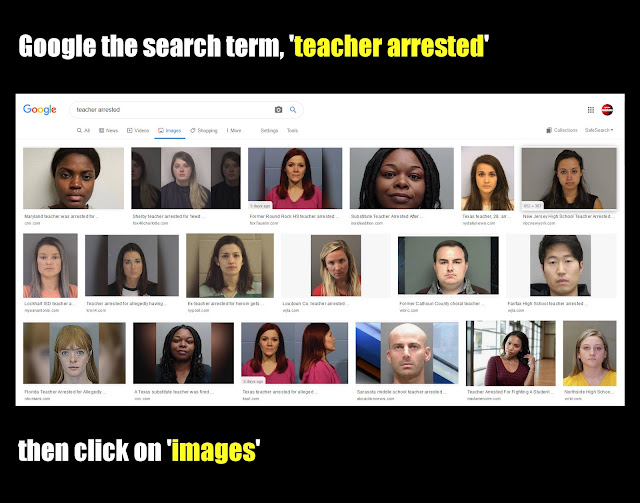 • The phenomenon is, no doubt, a matter of human nature and has likely existed whenever and wherever adults have had access to children and teens.

• The media makes much ado about Catholic priests who molest little boys. The same media lies by omission by refusing to report the widespread improprieties of government school teachers. The reason, we suppose, is that the far-left media hates traditional family views espoused by traditional Catholics but supports the cultural Marxism embedded in government school curriculum.

• The significantly high number of female instructors arrested for molesting male minors is cause for concern. It reminds us that the 'me too' movement is not an exclusive franchise of women, though the far-left media would present it as such. Young boys molested by female authority figures may be psychologically affected for life, creating difficult or challenging relationship with future female partners. Women who molest boys are, therefore, having a stochastic negative impact on other women. 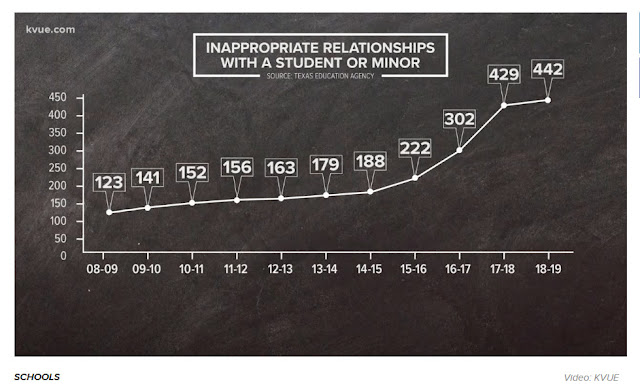 
New data from the Texas Education Agency (TEA) shows there has been a rise in inappropriate relationships between teachers and students in recent years.

One explanation for the recent spike in relationships could be because of the "Pass the Trash" state law passed in 2017, which strengthened requirements for principals and superintendents to report inappropriate relationships.