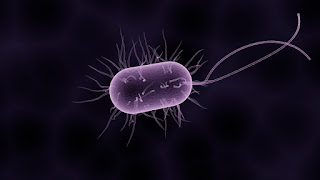 DAILYKENN.com -- While the far-left is pretending race is a mere social construct, scientists are fretting that biological weapons could be developed with the potential of identifying and destroying entire people groups by ethnicity via genomic profiling.

One report concluded, "a bio-weapon could be built to target a specific ethnic group based on its genomic profile."

Imagine the devastation if race-specific pathogens were released at an international airport, spreading a deadly bacteria to the uttermost parts of the earth within hours.

Biological weapons could be built which target individuals in a specific ethnic group based on their DNA, a report by the University of Cambridge has warned.

Researchers from Cambridge’s Centre for the Study of Existential Risk (CSER) said the government was failing to prepare for ‘human-driven catastrophic risks’ that could lead to mass harm and societal collapse.

In recent years advances in science such as genetic engineering, and artificial intelligence (AI) and autonomous vehicles have opened the door to a host of new threats.

In a new report, experts called on policy-makers to ‘protect their citizens’ and start preparing for events such as a devastating bioengineered pandemic or programmers losing control of AI systems.

Highlighting some of their major concerns the report authors write: “More nefarious hands could (as they have before) develop pathogens and toxins to spread through air, food and water sources.

“And the technology is becoming increasingly sophisticated at ever cheaper prices, democratising the ability to harm more quickly and lethally.

“In a particularly bad case, a bio-weapon could be built to target a specific ethnic group based on its genomic profile”

The report also warns that AI could become ‘extremely harmful and potentially unstoppable.’ Companies like Google DeepMind have built AI programmes which are already showing signs of human intuition.