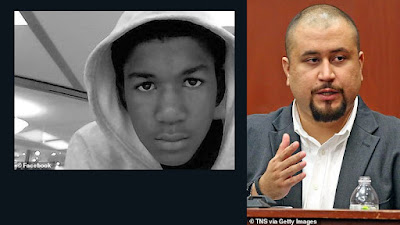 DAILYKENN.com -- George Zimmerman gained national noteriety in 2012 when he exercised his right to self-defense. The neighborhood watch activist was brutally attacked by a fist thumping, compliments of a now-deceased black teen.

The far-left media swung into action, creating a fake-news narrative that made the teen, Trayvon Martin, appear to be the victim of racism. Repeatedly, the media preceded Martin's name with the word "unarmed," but often failed to note that the teen was using his fists to pound his victim's head into the pavement. The ploy failed after Zimmerman was acquitted of homicide charges.

Now Zimmerman wants justice. He is seeking $100-million in civil damages for defamation, abuse of civil process and conspiracy.

Unlike the Trayvon Martin case, the media typically ignores black-on-white deaths; even when they are homicides and not, as in Zimmerman's case, self defense.

• A white man was beaten to death by a mob of black teens at a fair in New Jersey. The attack was unprovoked and caught on video.

• A 77-year-old white man was shot dead by a black teen as the elderly man was leaving a store in Detroit, Michigan. The homicide was caught on video.

• A young white man was fatally shot during an apparent robbery attempt in Indianapolis. Two black males were arrested.

• A 58-year-old white woman was beaten to death and stuffed into the trunk of her car after offering two black teens a ride in Fulton County, Georgia.

And the list goes on. Read more at abatehate.com ►