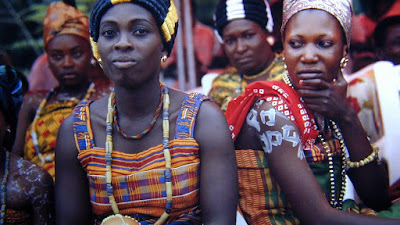 DAILYKENN.com -- Sept. 9, 2019 — A delegation from China is in Rwanda this week to lead a business forum. The delegation of 57 is led by the Governor of China’s Zhejiang Province, Yuan Jiajun.

It appears the Chinese are moving forward with their agenda to effectively own sub-Saharan Africa.

Some may wonder why Africa's leaders welcome Chinese control while condemning the remnants of European colonialism. Europeans, after all, developed the region's economic, legal, technological, and medical infrastructures.

The answer is simple: Africa's leaders have something in common with the Chinese that transcends race. China is a communist nation. Africa's leadership, including the African National Congress (ANC), is communist. It's a perfect marriage. Whereas Europeans tend to embrace markets free from control by a central government, China's communist government allows limited free markets that are centrally controlled.

For decades communists have agitated in Africa, convincing blacks that their European benefactors are, in reality, exploiting them. With European influence neutralized, communists have cleared the field of meaningful opposition. Europeans can no longer defend their interests in Africa nor can they defend the interests beneficiaries.

Consider the average IQ is 105 in China and 70 in Rwanda. See brainstats.com for documentation. If the trend continues, and their is no reason to believe it will not continue, all of sub-Saharan Africa will be a network of client states owned outright by China; one massive slave plantation with literally billions of black slaves.

Consider, also, that the threshold for mental retardation is an IQ of 70. Rwanda's population, in the aggregate, is literally retarded. Black Rwandans will cheerfully allow themselves to be enslaved as the government-owned media assures them they have been liberated from white colonists by the  Chinese.

• The demise of the West

Meanwhile, European nations are being diluted by immigration under the guise of "refugees" seeking asylum. White Europeans are convinced this dilution is a positive. "Diversity is our strength." We've heard the axiom so often, we've come to believe. Furthermore, ethnic Europeans are convinced that any effort to resist the destruction of their people is immoral; it is "racism," the ultimate sin. And so, they not only refuse to resist their own destruction, they invite it.

Soviet communism floundered and failed. White people are individualists. Collectivism simply isn't in their DNA. East Asians, on the other hand, seem genetically engineered to welcome social credit scoring as harmoneous as a feather flock flying south for the the winter. Some say nature's blue print made them look alike and think alike.

Though blessed by nature with superior intellects, East Asians seem to lack an essential component: Innovation. Most everything churned out of China's factories was engendered in the mind of a white man. White people are also cursed with flawed inherent traits; the most noticibable being that god-awful propensity called "pathalogical altruism."

With ethnic Europeans neutralized and, eventually, its culture euthanized, humanity's innovation will be placed on hold until evolution follows nature's course to create a replacement. Something that will almost certainly never occur.

Then end game, then, is stagnation. Meaning? We are currently at the apex of human experience. Be grateful you were here to experience it, then mourn for your children's children.

Yuan Jiajun, the Governor of China’s Zhejiang Province alongside a 57-person business delegation arrived in Kigali Saturday to take part in a China - Rwanda business forum.

Zhejiang is located on the eastern coast of China and its capital, and the largest city is Hangzhou.

Jiajun, an aerospace engineer and politician, is accompanied by Chinese government officials and members of the Zhejiang private sector to further economic and educational ties.

According to the Rwanda Development Board, the China–Rwanda business forum was an opportunity to showcase business opportunities in Rwanda and Zhejiang, existing partnerships, as well as act as a platform for networking and business engagement between the respective private sectors.

“Governor Yuan and your delegation, we are very delighted to have you visit Rwanda to discover this beautiful country for yourself, and the many remarkable opportunities we have,” Clare Akamanzi, the RDB Chief Executive Officer, said while welcoming the visiting party.

“Rwanda and the province of Zhejiang already enjoy a good relationship and with your visit today, Mr. Governor, the relationship will become excellent from good.”