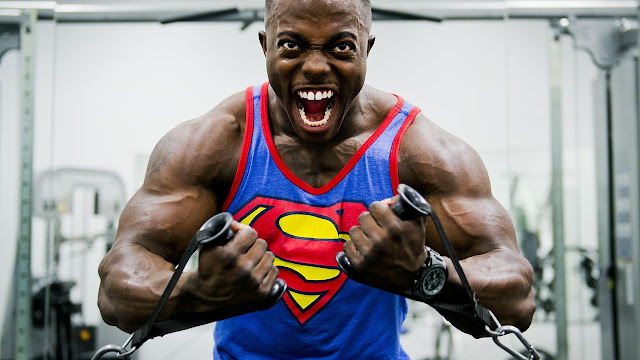 Then, again, she may be a racial segregationist and racist.

It's okay to segregate.

Both Liberia and Sierra Leon are ethno-states where only blacks are allowed to become citizens. Benin, Guinea-Bissau, Lesotho, Mozambique, Tanzania, Togo, and Gambia are de-facto black ethno-states, each with a black population of at least 99 percent. (Hill may want to encourage American blacks to immigrate to one of those nations to protect themselves from the evils of white privilege.) Japan is reportedly 99 percent Japanese. North and South Korea are also racially homogeneous as is Iceland [source].

Oddly, white people have been convinced that they, and they alone, must be excluded from ethno-centricity; there must be no white nations, no white neighborhoods, no white affinity groups, and no white schools. Nonetheless, all people groups —  including whites — have an inherent right to self-determination without guilt.

Wealth disparity is an expression of natural attributes.

Hill points to the enduring wealth disparity between white and black Americans. However, that income disparity, in my opinion, is an express of IQ and aptitude disparities. That is, East Asian households in the USA tend to have higher incomes than whites; an expression of higher IQs among East Asians in the aggregate.

There could be no racial wealth disparities in racially homogeneous ethno-states because there would be only one race. Problem solved.

Hill notes that, "Moreover, some black students feel safer, both physically and emotionally, on an HBCU campus."

In near-homogeneous black ethno-states, such as Benin, blacks don't worry about racial wealth disparities nor are they concerned with physical and emotional safety issues caused by whites.

Black athletes have attracted money and attention to the predominantly white universities that showcase them. Meanwhile, black colleges are struggling. Alabama’s athletic department generated $174 million in the 2016–17 school year, whereas the HBCU that generated the most money from athletics that year, Prairie View A&M, brought in less than $18 million. Beyond sports, the average HBCU endowment is only one-eighth that of the average predominantly white school; taken together, all of the HBCU endowments combined make up less than a tenth of Harvard’s.

In a country where the racial wealth gap remains enormous—the median white household has nearly 10 times the wealth of the median black household, and the rate of white homeownership is about 70 percent higher than that of black homeownership—institutions that nurture a black middle class are crucial. And when these institutions are healthy, they bring economic development to the black neighborhoods that surround them.

Moreover, some black students feel safer, both physically and emotionally, on an HBCU campus—all the more so as racial tensions have risen in recent years. Navigating a predominantly white campus as a black student can feel isolating, even for athletes. Davon Dillard is a basketball player who transferred to Shaw University after Oklahoma State dismissed him for disciplinary reasons. “Going to a school where most of the people are the same color as you, it’s almost like you can let your guard down a little bit,” he told me. “You don’t have to pretend to be somebody else. You don’t have to dress this way, or do things this way. It’s like, ‘I know you. We have the same kind of struggles. We can relate.’ It’s almost like you’re back at home in your neighborhood.” Perhaps partly for this reason, black students’ graduation rates at HBCUs are notably higher than black students’ at other colleges when controlling for factors such as income and high-school success.