"Teen" mob attacks old woman; BEAT HER WITH HER OWN CANE 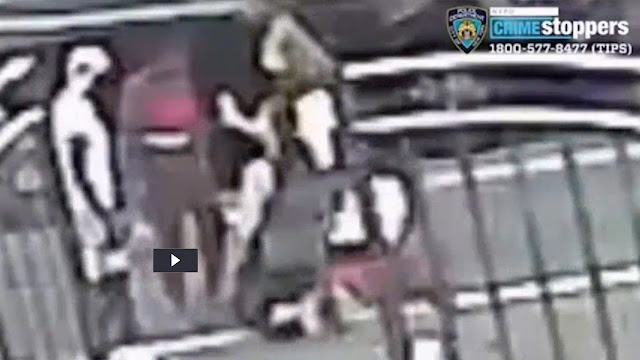 DAILYKENN.com -- A pack of four black teens were captured on video as they assaulted an elderly woman in Bill de Blasio's New York City. The brutal attack occurred in the middle-class neighborhood of Jamaica in Queens.


The mob reportedly stole the woman's cell phone and cane. They apparently attacked her because she looked at them.


Black-on-white attacks are common and usually involve a pack of teens who outnumber their victim. Elderly white people are frequently targeted because they are virtually indefensible.

Had a group of white teens attacked an elderly black woman, the mainstream media would be ablaze with accusations of racism for months; perhaps years. Such attacks, however, almost never occur.

Anti-white racist historians create a false narrative in which white mobs attacked innocent blacks. While white people once reacted to black violence with force, such white-on-black violence was almost always a reaction to black-on-white violence such as seen in the video.

Are you an elderly white woman? Had you been in that place at that time, you likely would have been the victim. What would you have done?

This black pack likely has attacked other victims. Such attacks by black packs appear to be genetically driven as their occurance transcends time and geography.