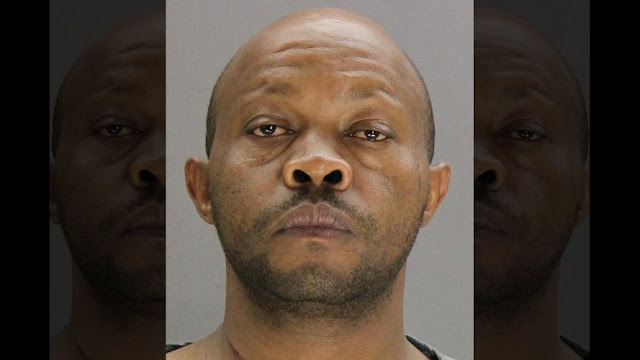 DAILYKENN.com -- Lu Thi Harris is dead. The 81-year-old woman's body was found in her apartment. She is one of twelve elderly women allegedly murdered by an illegal alien from Kenya.


Authorities believe Billy Chemirmir posed as a healthcare worker or maintenance man to gain the trust of his victims. It appears that most of his victims were smothered to death. It is believed that Chemirmir is responsible for more deaths and more charges may be forthcoming.

Fake feminists have voiced no concern, apparently due to that fact that the suspect does not fit the cultural Marxism profile that seeks to stereotype white men as oppressors of non-whites and women.

Billy Chemirmir has been accused of smothering at least 12 elderly women to death while posing as a maintenance worker or health care aide, then stealing their valuables.

Texas prosecutors are reportedly planning to seek the death penalty for Billy Chemirmir, an alleged serial killer accused of fatally smothering more than a dozen elderly women across the state.

Prosecutors in Dallas County will request that Chemirmir be put to death if is found guilty of capital murder, the Dallas Morning News reports, citing court documents filed by District Attorney John Creuzot’s office on Tuesday.

Authorities allege that Chemirmir, 46, posed as either a maintenance employee or a health care worker in order to gain access to the homes of elderly women living in senior citizen complexes throughout the north Texas area, according to NBC DFW. He has been accused of smothering more than a dozen women to death before making off with expensive jewelry and other valuables, the outlet reports.

Plano Police Chief Gregory Rushin outlined Chemirmir’s alleged crimes during a press conference last March, where he claimed that the accused killer once knocked an elderly women from her walker and onto the floor, according to The Star-Telegram in Fort Worth, Texas.

“Suspect Chemirmir has worked as a health care worker and has a history of impersonating maintenance personnel at a retirement community in Dallas,” he said later. “Chemirmir uses his health care experience to his advantage in targeting and exploiting seniors.”

Police zeroed in on Chemirmir as a suspect after failed attacks on two elderly women who survived, according to the Dallas Morning News. He is currently in custody at the Dallas County Jail, where his bail has been set at $11.6 million.

Chemirmir was arrested on an unrelated outstanding warrant in March 2018, after police observed him throwing a presumably stolen jewelry box into the trash, police said. A name found in the jewelry box led authorities to one of Chemirmir’s alleged victims, 81-year-old Lu Thi Harris, who was found dead in her home.

Although prosecutors are seeking the death penalty specifically in relation to Harris’ killing, Chemirmir has been indicted for the murders of 12 women, The Dallas Morning News reports. He could still be indicted for several more deaths, as authorities continue to investigate other claims made in lawsuits targeting Chemirmir.