HUGE change: Trump allows ICE to crack down on aliens 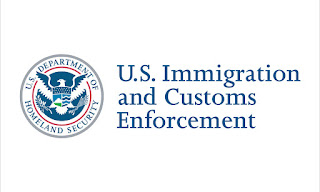 DAILYKENN.com -- ICE (Immigration and Customs Enforcement) may now bypass immigration courts and rapidly deport aliens unable to prove they have been in the USA for less than two years.

Since 2004 the policy has been: Aliens caught within 100 miles of the border within 14 days of crossing the border could be subject to rapid removal.

New policy: Aliens caught anywhere in the USA within two years could be subject to rapid removal.

The Trump administration has finalized a plan that will allow Immigration and Customs Enforcement (ICE) to rapidly deport illegal aliens by bypassing immigration courts in situations where an illegal alien is unable to prove that they have been present in the United States continuously for at least two years.

"The Department of Homeland Security will publish a notice in the Federal Register Tuesday that aims to use the department’s full statutory authority to employ 'expedited removal' to a wider range of undocumented immigrants who cross the border illegally," Politico reported.

NBC News reports that since 2004, "the policy allowed for immigration authorities to use the expedited removal process for unauthorized immigrants caught within 100 miles of a U.S. land border and arrested within 14 days of arrival."

The new notice expands the policy to allow ICE to use the expedited removal process against illegal aliens anywhere in the U.S., and says the illegal aliens will have to show "to the satisfaction of an immigration officer, that they have been physically present in the United States continuously” for two years or more.

"The effect of that change will be to enhance national security and public safety — while reducing government costs — by facilitating prompt immigration determinations," the notice states. "In particular, the New Designation will enable DHS to address more effectively and efficiently the large volume of aliens who are present in the United States unlawfully, without having been admitted or paroled into the United States, and ensure the prompt removal from the United States of those not entitled to enter, remain, or be provided relief or protection from removal."

Politico noted that this is just the latest in a series of crackdowns by the Trump administration on illegal immigration.

"The expansion is the latest move in President Donald Trump's crackdown on legal and illegal immigration," Politico reported. "Last week, the administration published a regulation that will bar migrants who pass through another country en route to the U.S. from seeking asylum. Politico also reported Thursday that an administration official last week pressed to lower the annual refugee admission ceiling to zero, although those deliberations remain ongoing."

The announcement comes as socialist Rep. Alexandria Ocasio-Cortez (D-NY) has recently called for the entire Department of Homeland Security to be eliminated, saying that her idea is "not that radical."

At a town hall event over the weekend in New York City, Ocasio-Cortez suggested that there should "not be any restrictions or criteria on determining who should be allowed to enter the U.S.," The Daily Wire reported.

"I think migration, to me, is liberation. It's the ability to move and be — it's the freedom to be, really, is what we’re talking about," Ocasio-Cortez said. "And I think that all people should be free, to be, here and in our communities."
*