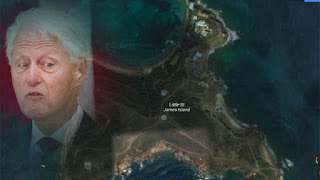 
What does Epstein's arrest have to do with Bill Clinton?

According to Fox News, "The tricked-out jet earned its Nabakov-inspired nickname because it was reportedly outfitted with a bed where passengers had group sex with young girls."

Some say Epstein may plea deal with authorities by releasing names of influential individuals who participated in child trafficking.

Meanwhile, fake feminists ignore the scandal. This may seem puzzling, considering it fits the fake-feminist narrative that a white male patriarchy oppresses women.