Home » »Unlabelled » Why photography is racist. (Yes, there is a reason.)

Why photography is racist. (Yes, there is a reason.) 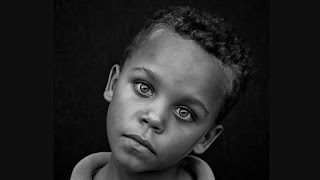 The problem of racism in the arts is so complex that a two-day conference is scheduled this week to address the dilemma. It's called Vision & Justice and is hosted by Harvard University’s Radcliffe Institute for Advanced Study.

The racist element of photography is apparent when photographers encounter dark skinned faces with dark backgrounds or dark faces with contrasting backgrounds. Either way, it's racist.

Consider this snippet from a New York Times article on the topic:

“We have a problem. Your jacket is lighter than your face,” the technician said from the back of the one-thousand-person amphitheater-style auditorium. “That’s going to be a problem for lighting.” She was handling the video recording and lighting for the event.

It's nothing new. In 2015 priceonomics.com published an article detailing the far-reaching challenge of photography being biased to favor white people.


There is actually a rational reason why the far left wants us to see racism (read "white racism") in everything. It's a akin to heuristic bias or, as some call it, availability bias. We tend to agree with readily available information.

If we see white racism in everything, our minds will likely agree that white racism is prevalent and ubiquitous. That translates into a perceived serious epidemic of social injustice. That, in turn, compels us to demand a cultural shift that favors the far left. In other words, it's a thought reform technique.

Heuristic bias is not limited to seeing the hobgoblins of white racism at every turn. It is also applied to climate change alarmism in which our brain "sees" an impending apocalypse with every change in weather. Heuristic bias is at work when some see the ghosts of Zionism behind every calamity. Some evangelical Christians interpret events as evidence of the imminent return of Jesus and the following War of Armageddon. In fact, most every conspiracy theory and religion has some component of heuristic bias. "I once was blind, but now I see" is a refrain that suggests heuristic bias is in play. Those who fail to agree are assumed to be wilfully blind.

It appears the human mind is naturally attuned to heuristic bias. The far left hijacks this natural phenomenon to psychologically chain its victims to its insane ideology.

What to do? I suggest we use heuristic bias to seek out the subtle cues employed by the media to affect our thinking. For example, the next time you flick on your television, watch for social justice nods such as inter-racial families, bad guys portrayed by white guys, Muslims characters cast in authority roles, physicians portrayed by non-whites (and women), or just watch a recent Gillette commercial.

Read a list of stuff that is (white) racist at everythingisracism.com.