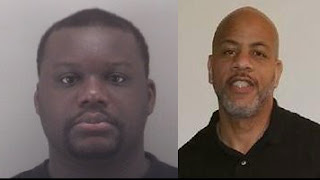 DAILYKENN.com -- A black man has been charged after fatally shooting another black man who robbed a convenience store. Jeremy Z. Simmons is accused of voluntary manslaughter.

Working at a convenience store in a black neighborhood is a dangerous occupation.

A Google search revealed  hundreds of examples of clerks being attacked. Among those are:

Feb 17, 2019 - A newlywed convenience store clerk in Texas was shot to death early Friday during an armed robbery,

7 days ago - Detectives are searching for a man who pistol-whipped and shot a clerk at a Midland convenience store early Wednesday.

One clerk was shot after a would-be robber and another clerk exchanged gunfire during an attempted armed robbery of a Dayton Sunoco station.

"During their investigation, Richmond Police detectives determined that several hours earlier, at approximately 3 a.m., Harris had robbed a convenience store in the 2100 block of West Main Street where Simmons was working as a clerk," a Richmond Police spokesperson said. "During the robbery, Simmons fired several shots at Harris inside the store from his personal handgun. Simmons pursued Harris outside the store and fired several more shots as Harris fled the area."In addition to voluntary manslaughter, Simmons was also charged with discharging a firearm in public.
*