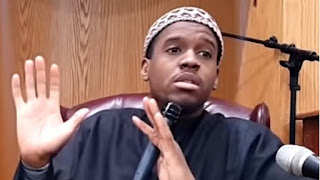 DAILYKENN.com --An Islamic cleric says Muslims should hate non-Muslims. In fact, New York Mufti Muhammad Ibn Muneer said Muslims should not even befriend "infidels." Assimilation is out of the question for Muslims.

Apparently the Mufti has no qualms with living among infidels and absorbing their tolerance.

A New York Muslim cleric has said, Muslims should love and support other Muslims, but hate and not support non-Muslims.

The comments were made during an online Q&A session with New York Mufti Muhammad Ibn Muneer, and were delivered in response to a question about dealing with different types of Jews.

In his answer, Muneer cites the Islamic principle of Al-Bara Wal-Wala (disavowal and loyalty), which he said is, as explained by Ibn Al-Qayyim and many others as, loving Muslims and hating non-Muslims.

Muneer later expanded on his remarks, saying Muslims should not treat non-Muslims as friends, or maintain close relationships with infidels, and that they should only maintain contact in order to convert them to Islam.