Look who just called for the head of Kim Foxx 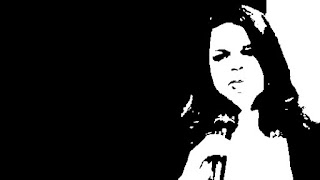 DAILYKENN.com -- Police officers in Chicago are calling for Illinois State Attorney Kim Foxx to resign. Foxx made headlines when she dropped charges against Jussie Smollett.

Jussie stuck to his story. It's as if he knew the charges would be dropped. Some say Foxx, a black woman, was seeking revenge for the Mueller investigation report in which no evidence was found linking Donald Trump's campaign to a concocted collusion with the Russian government.

About 300 people, including off-duty Chicago police officers, gathered at the building where Foxx’s office is located in downtown Chicago, wearing “Foxx Must Go!” buttons and carrying signs reading “Resign now” and “Who let the Foxx in the henhouse.”

Smollett, who is black and gay, ignited a firestorm on social media by telling police on Jan. 29 that two apparent supporters of President Donald Trump struck him, put a noose around his neck and poured bleach over him while yelling racist and homophobic slurs on a Chicago street.

The 36-year-old actor, best known for his role on the Twentieth Century Fox Television hip-hop drama “Empire,” was charged in February with staging the incident himself and filing a false police report.