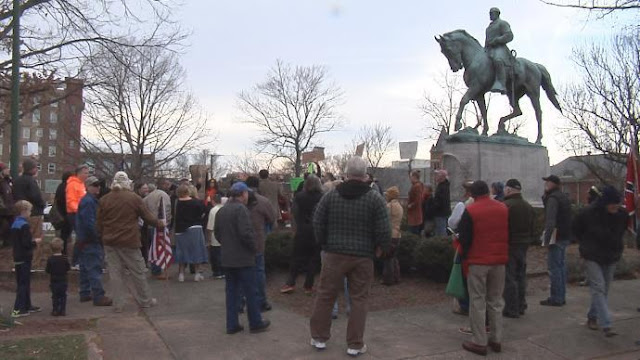 A judge has ruled that Confederate monuments in Charlottesville, Virginia are protected by the State of Virginia as war monuments.

The issue of removing Confederate monuments reached a flash point in 2017 when hundreds of white rights activists were set upon in Charlottesville, Virginia by far-left extremists.

After years of legal battle over the Confederate statues in downtown Charlottesville, a huge decision has been made.

That means they're protected by Virginia state law, preventing them from being removed by the city, which initially voted to move the statues back in 2017.

That city decision was the spark that led to the "Unite the Right" rally held there in August 2017, which devolved into deadly violence and had very little to do with the statues in the end.
a
However, a state law makes it "unlawful for the authorities of the locality, or any other person or persons, to disturb or interfere with" any war monuments, but the city argued that state law applied only to war memorials built after the law was amended in 1998 (the statute was originally codified in the 1950s, after the statues were erected in the 1920s).